For London Design Festival, The Aram Gallery presents Hilos Invisibles (invisible threads), an exhibition of Uruguayan design based on the work of modernist architect Julio Vilamajó. Seven designers and practices from Uruguay have created a series of furniture that draws on the legacy of one of the country’s best-known architects. The nine pieces of furniture are displayed alongside commissioned photography of each item taken in front of a brutalist building by Vilamajó. The seven studios that the exhibition curator Matteo Fogale approached to work on the project are Menini-Nicola, Rafael Antía, Claudio Sibille, Estudio Diario, Carolina Palombo Piríz, Muar and Estudio Claro. 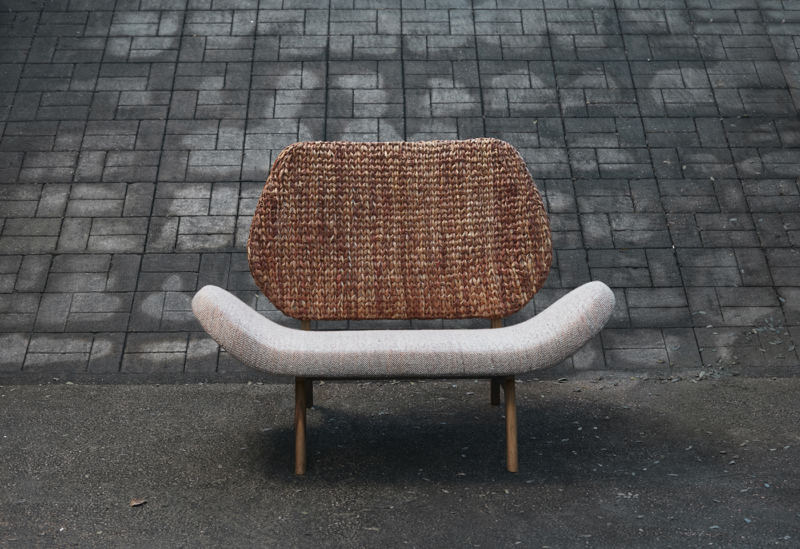 Fogale met them all last year at designjunction, a London Design Festival venue, where they were showing together. “That’s what I liked about it, there are just a few of them, so they do everything together as a group and collaborate a lot already”. Fogale gave each of them a drawing from Vilamajó’s archive. “I didn’t pick drawings of furniture itself because I didn’t want the pieces to be inspired by a piece of actual furniture”. Instead the design studios picked up on small details of the sketches and used these as the jumping off point for their work. The original drawings are displayed alongside the furniture they inspired.

The exhibition also includes archive material about Vilamajó’s involvement in the workshops for designing the new UN buildings in New York, just before his death in 1948, and about his house in Montevideo. Fogale gathered material from street markets, online auctions and bookshops, which is displayed alongside the furniture itself. He hopes that the exhibition will encourage people to think about Uruguayan design differently. “Uruguay is a small nation, but we’re more than just football and marijuana!” London Design Festival runs from 15 to 23 September, although Hilos Invisibles continues until 27 October.